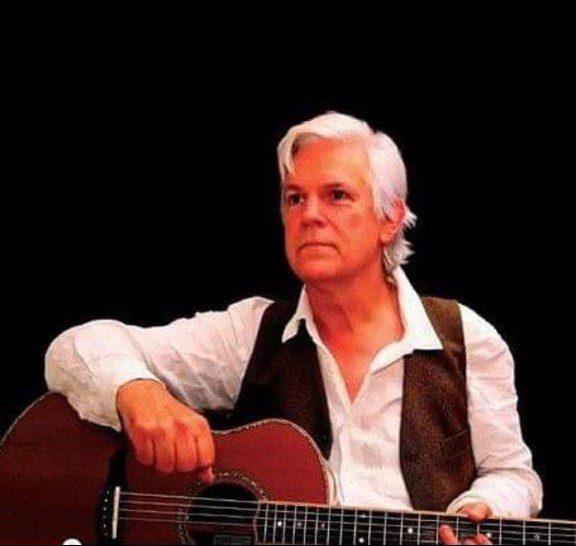 Terry Lees Performs live on Hailsham FM Des Parker’s ‘Saturday Acoustic Sessions’ a new show to 95.9 Hailsham FM, has been a great showcase of performers over the past few months with a whole host of new performers lined up for the next few months. On Saturday 11th June, we are very excited to be welcoming to the Hailsham FM Studios Terry Lees – Terry is a internationally recognised acoustic guitarist, and has an equally busy schedule of  performances over the coming year. Terry is also an inspirational teacher giving acoustic guitar lessons in Eastbourne and has helped many people to learn the guitar. Terry who has played guitar himself since 1960 is keen to share the joys and sound of the instrument and encourage as many people as possible to pick up the guitar and start to learn. The guitar that is become the most popular instrument to learn over the last few years, thanks to performers such as Ed Sheeran and George Ezra.
To listen to Des chatting to Terry Lees and to hear him perform live on air, tune in to the ‘Saturday Acoustic Session’ on Saturday 11th June from 1pm. Also if your a performer and would like to appear on the show, Des would would love you to get in touch – send a email to Des – titled ‘Saturday Acoustic Sessions’ to info@hailshamfm.uk and who knows it could be you performing live on the radio next.

View Calendar
We use cookies on our website to give you the most relevant experience by remembering your preferences and repeat visits. By clicking “Accept”, you consent to the use of ALL the cookies.
Cookie settingsACCEPT
Manage consent

This website uses cookies to improve your experience while you navigate through the website. Out of these, the cookies that are categorized as necessary are stored on your browser as they are essential for the working of basic functionalities of the website. We also use third-party cookies that help us analyze and understand how you use this website. These cookies will be stored in your browser only with your consent. You also have the option to opt-out of these cookies. But opting out of some of these cookies may affect your browsing experience.
Necessary Always Enabled
Necessary cookies are absolutely essential for the website to function properly. These cookies ensure basic functionalities and security features of the website, anonymously.
Functional
Functional cookies help to perform certain functionalities like sharing the content of the website on social media platforms, collect feedbacks, and other third-party features.
Performance
Performance cookies are used to understand and analyze the key performance indexes of the website which helps in delivering a better user experience for the visitors.
Analytics
Analytical cookies are used to understand how visitors interact with the website. These cookies help provide information on metrics the number of visitors, bounce rate, traffic source, etc.
Advertisement
Advertisement cookies are used to provide visitors with relevant ads and marketing campaigns. These cookies track visitors across websites and collect information to provide customized ads.
Others
Other uncategorized cookies are those that are being analyzed and have not been classified into a category as yet.
SAVE & ACCEPT
Powered by